Fine condition save for exlib stamps, all 30 pages and pocket present. 1st edition hardcover with tape marks on endpps, more than presentable, crisp copy. The era of the Crusades saw naked scheming, selfish grabbing for power, treacherous making and breaking of alliances - and also heroism, nobility and faith. That the Crusades went so far astray from their pious purpose tells us much not only about medieval man, but also about the follies of all humanity. Franklin Hamitons' ability to illumine the human elements of the struggle brings resoundingly to life an era which left an indelible impr... View more info

Trains of Recollection Drawn from Fifty Years of Railway Service in Scotland and Canada, and told to Arthur Hawkes

1st edition hardcover in ruled blue cloth boards with color loss to bumped spine ends and still fairly sharp tips. Barely legible pencil owner's signature on front blank free endpaper. Not exlib. 340 pages with edges untrimmed. Few newsclippings laid in. Delicate gold on cream illustrated botanical endpapers. Hinges fine, page block tight. This book was published because readers have said they obtained from the chapters that were written for The Toronto Star Weekly sufficient knowledge about railway conditions in Canada, during forty years, to cause them to ask for the material in perma... View more info 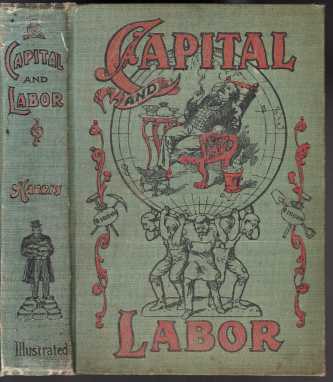 Solidly bound 1st edition hardcover in illustrated cloth, 331 pp text crisp and unmarked. lightly soiled boards; spine ends bumped with color loss but not frayed. 331 pages with foxing throughout. Priced accordingly. The illustrations, drawn expressly for this volume by the famous artist Paul Krafft, are of superior quality. Written in the early 1900's, this book explores the conflict between "the great power of Monopoly and the struggling mass of workers." The social unrest and strife between the strong in money and the strong in muscle. View more info

1st edition paperback book with light rubbing along stapled spine. Age-toning around extremities of covers. Humorous quips and quotes, toasts and trivia. Being a collection of Facts, Folly, Foibles and Phenomena from the Boston area in the 17th, 18th and 19th Centuries. View more info

1st edition hardcover in orange cloth boards with bright black illustrations on covers. Black exlib with call tag on spine of illustrated cloth boards. Corners barely brushed (not majorly rubbed). Pocket pulled but all pages present. 128 pp text tight and bright. DJ clipped at lower corner of frt flap but original publishers price remains on upper corner, displays well in new mylar. Story of the Great Fire in London which began on Pudding Lane in 1666 & of the baker's boy who was blamed for starting it. View more info

Song for the Saxons Turret Readers #2

Title page glued to inside frt cover, else tight and bright, light surface soil. Includes: The Coming of the Travelling One, The Tumbledown Town, Wolves!, Smoke in the Hall, The Greatest Song. View more info

Title page glued to inside frt cover, else tight and bright, light surface soil. Includes: Arnwulf the Swordsman, The Bells, The Raven of the Wind, Brusi's Cunning, The Fight View more info 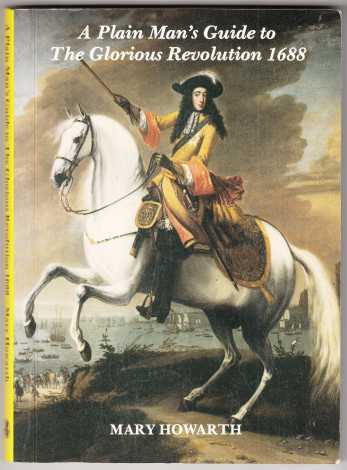 A Plain Man's Guide to the Glorious Revolution 1688 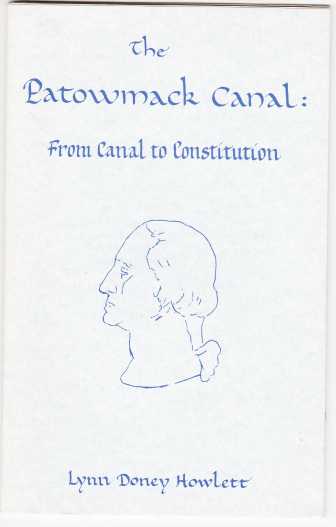 The Patowmack Canal From Canal to Constitution

Hounds And Hunting In Ancient Greece

Gift quality first edition hardcover in rust cloth covered boards with black line drawing of a Grecian man running with his hound holding a spear on his shoulder. Backstrip cloth is lightly sunned but gilt title still visible. Tips sharp, head of spine bumped, no names, tears or soil in the 239 pp text. Un-clipped dust wrapper in new mylar showing age toning along back strip and both outer gutter areas is complete and will protect this book going forward. Denison Bingham Hull began to read Greek in prep school and at Harvard, and since then he has impressively deepened his learning. As ... View more info 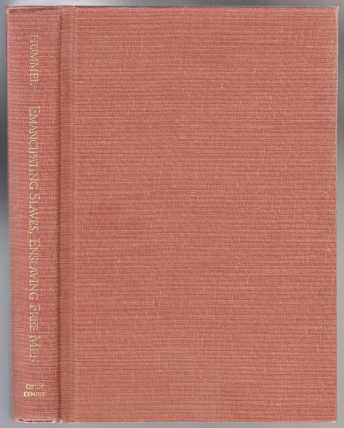 1st edition hardcover with sharp tips and spine ends. Signed by author fep. Several of the interior pages are wavy at foot due to possible water damage. Not stained, musty or moldy. 421 pp text is crisp and tight. This book combines a sweeping narrative history of the Civil War with a bold new look at the war's significance for American society. Professor Hummel sees the Civil War as America's turning point: simultaneously the culmination and repudiation of the American revolution. A unique feature of the book is the bibliographical essays which follow every chapter. Here the author survey... View more info

Gift quality 2nd edition soft cover in illustrated card covers, 127 pp text is crisp and unmarked. Profusely illustrated with b/w photograph reproductions and line drawings. Very hard to find history volume of Rappahannock County, Virginia. No names, tears or soil. First published in 1983, on the 150th anniversary year of the county. Contents include: 1. We Leave the Mountain with Heavy Hearts pp 1-11/ 2. The Depression: Hard Times Were Nothing New pp 11-20/ 3. 150 Years of Healing the Sick pp 20-28/ 4. Traveling In the Mountains Wasn't So Easy pp 28-34/ 5. From Slaves to Free Men pp... View more info 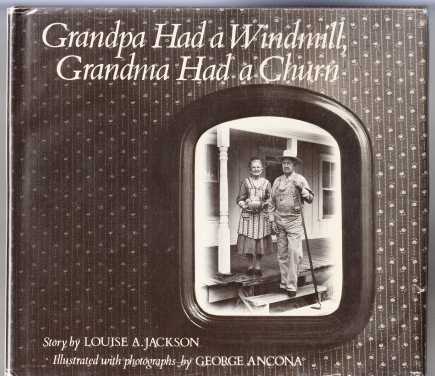 Grandpa Had a Windmill, Grandma Had a Churn

By: Jackson, Louise A.

Gorgeous copy with light color loss at still sharp tips. Price-clipped DJ in new mylar has a closed tear on rear panel and light rubs at tips. Gift dedication on verso fep. On the magic carpet of memory, Louise Jackson carries the young reader back to that simpler world she knew as a child growing up in rural Texas during the 1940's. Her vivid reminiscences provide a pleasure akin to discovering an old patchwork quilt, or coming upon great grandfather's long-lost gold pocket watch and chain. Profusely and beautifully illustrated with b/w photos throughout. View more info

Flame on the Frontier Short Stories of Pioneer Women

Gift quality hardcover in red cloth covered boards with black & yellow title on backstrip. Spine ends bumped, tips still sharp showing faint color loss only. Not exlib. Light ghosting from erased name on fep, rest of the 141 page block is tight, crisp and unmarked and the hinge papers are fine. Unclipped illustrated dust wrapper has a half inch x 1 inch chip at head of frt gutter, and a micro chip at foot of same. Dj is primarily a cream background item with a native american riding a horse away from a house or barn that is on fire, large red flames on frt panel, rear dj panel offers com... View more info

Nice copy in nautical blue/cream illustrated paper covers showing moderate color loss on covers. 147 pp text is tight, bright, crisp and has a barely perceptible former owner's name on dark blue inside cover. This is the Bicentennial issue. No title on spine as published, only blue/cream irregular polka dots. May have been dampened in the past. Has a *slight* musty smell but you really have to stick your nose into it. View more info 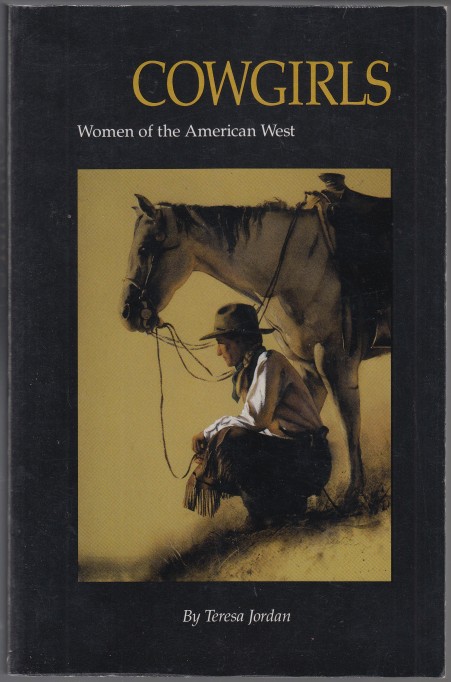 Cowgirls Women of the American West

Fourth printing of the Bison Books first edition paperback in art -drawn paper covers with sharp tips and spine ends. No names, tears or soil. Appears unread. Laid in is a fold-out bit of memorabilia entitled: Women in the Galleries, published by the Buffalo Bil Historical Center, Cody, WY. 309 pp text is crisp and unmarked. Tips and spine ends sharp. New preface and updated bibliography added. American lore has slighted the cowgirl, although at least one can still be found in nearly every ranching community. Like her male counterpart, she rides and ropes, understands land and stock, an... View more info 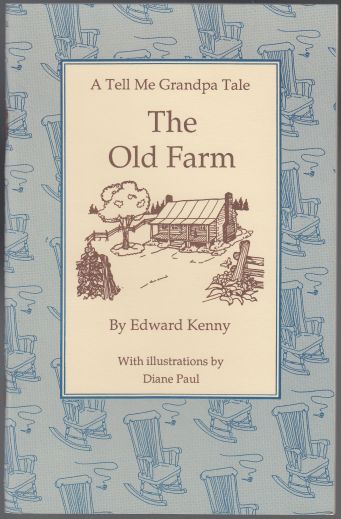 The Old Farm A Tell Me Grandpa Tale

Publisher: The Tell Me Grandpa Press: 1988

Uncreased, unread stapled paperback in fine shape. No names, tears or soil. 32 pp text mint. This Tell Me Grandpa tale and those that follow are dedicated to children everywhere. One delight grandchildren have is to sit on their grandfather's knee and listen as he tells the wonderful adventures he had growing up. In our "Grandpa" stories we hope to extend those magical moments into golden memories for all children. Here grandpa answers his grandchild's question of: What was it like to live on an old farm? View more info 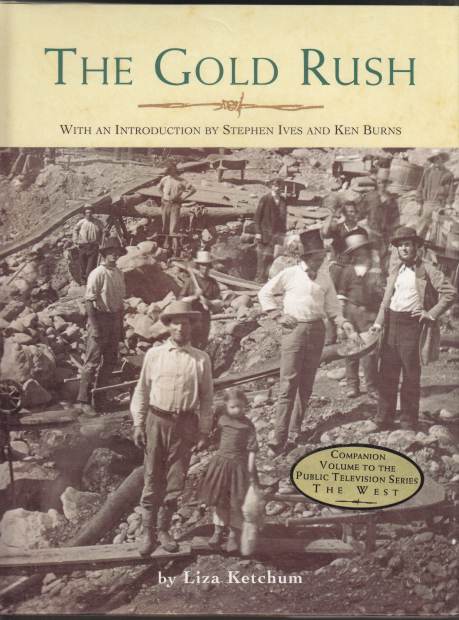 By: Ketchum, Liza; Intro By Stephen Ives and Ken Burns

1st edition hardcover as new inside and out. 118 pp. Companion volume to the Public Television Series The West. While some of the same ground is covered in a multitude of titles, the presentation here is fresh and greatly enlivened by the visuals that appear on every page. For example, The West includes a shot of the copper smelter in Butte, MT, and the statement that surrounding hills were stripped of trees for fuel to fire the furnaces?this happened in many of the mining towns. In addition, coverage is not limited to the famous folks usually written about; instead, photo coverage is given ... View more info