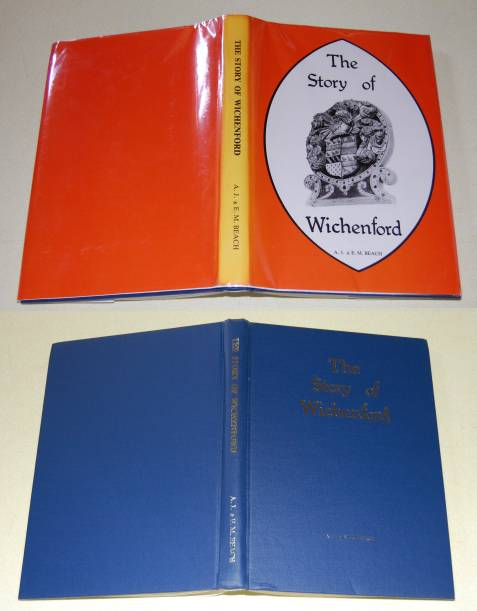 The Story of Wichenford SIGNED/LIMITED

Exceedingly rare work signed by both authors. Limited to 150 copies, this being number #63 with publisher's errata slip laid in. 130 pgs. Book as new. Laminated dj near fine w/sunned backstrip. Canon and Mrs. A.J. Beach lived and worked in the parish of Hound and Netley Abbey, on Southampton Water for 30 years. In 1964 he was made an onorary canon of Winchester Cathedral. On retirement in 1972 they came to Worcestershire near to the haunts of the Canon's childhood. In 1975-76 he looked after the parish of Wichenford during an interregnum of eleven months and they made many friends there. Both ...
View More...