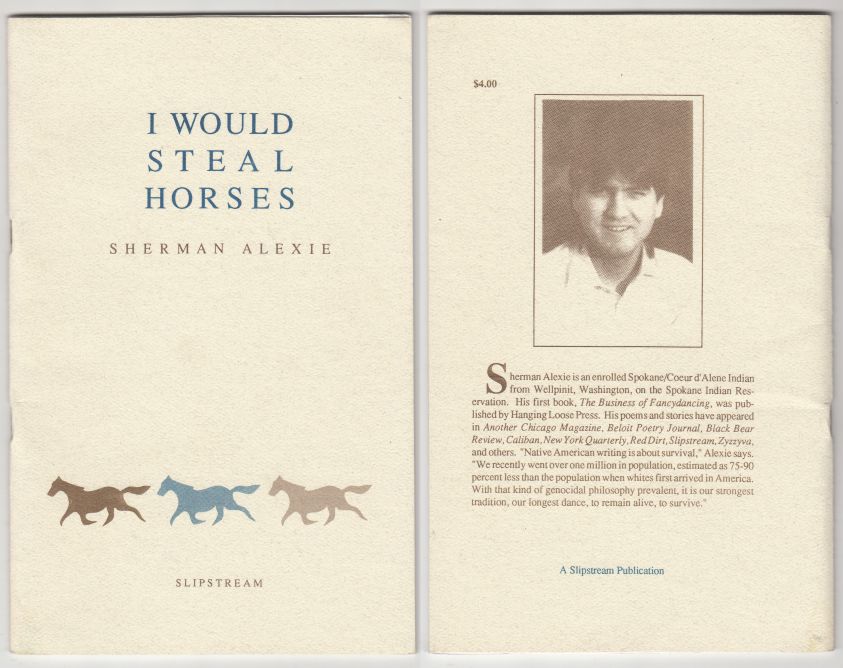 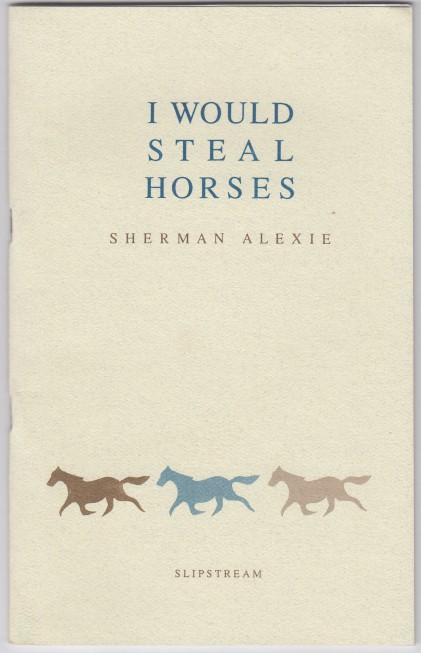 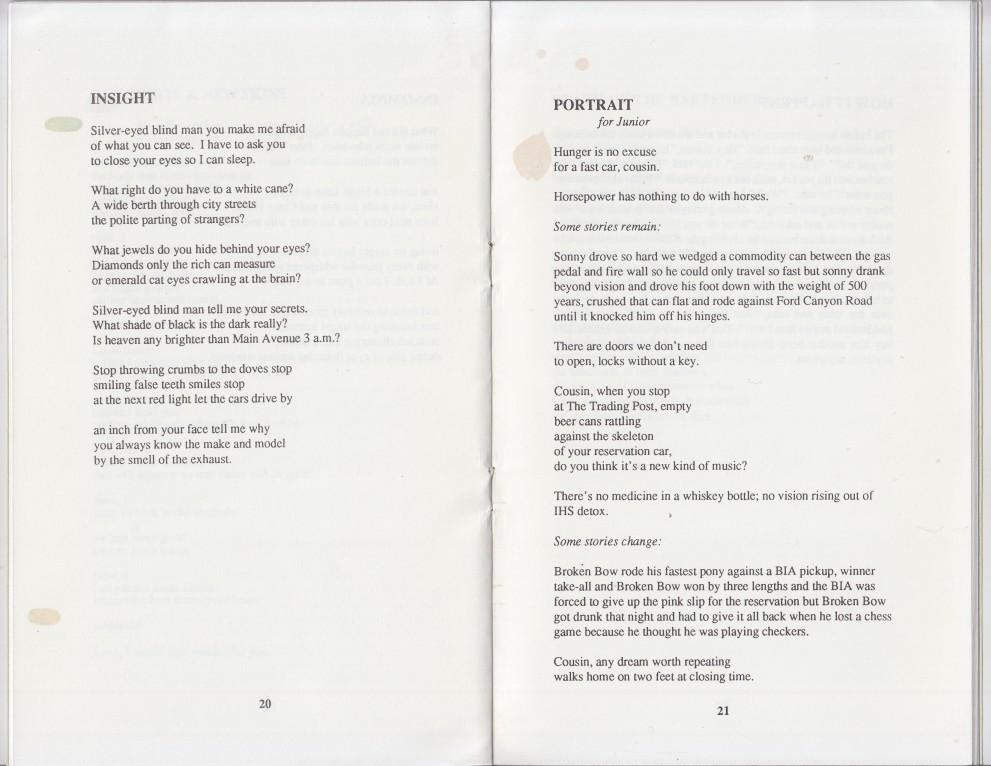 I Would Steal Horses

Near fine first limited edition paperback. Exceedingly rare, only 500 copies of this title were issued with only 100 copies being distributed to the public overall. The margins of pages 19-22 have five, small, light (grease?) spots on both sides of the two pages. The upper fore-edge corner lightly brushed and there is a minuscule amount of rust on the staples. The author's second work is Slipstream's Fifth Annual Chapbook Contest Winner. Shared in part from the rear cover: "Sherman Alexie is an enrolled Spokane/Coeur d'Alene Indian from Wellpinit, Washington, on the Spokane Indian Reservation. His first book, The Business of Fancydancing, was published by Hanging Loose Press. His poems and stories have appeared in many magazines and journals. "Native American writing is about survival," Alexie says, "We recently went over one million in population, estimated as 75-90 percent less than the population when whites first arrived in America. With that kind of genocidal philosophy prevalent, it is our strongest tradition, our longest dance, to remain alive, to survive.

Title: I Would Steal Horses

I Would Steal Horses