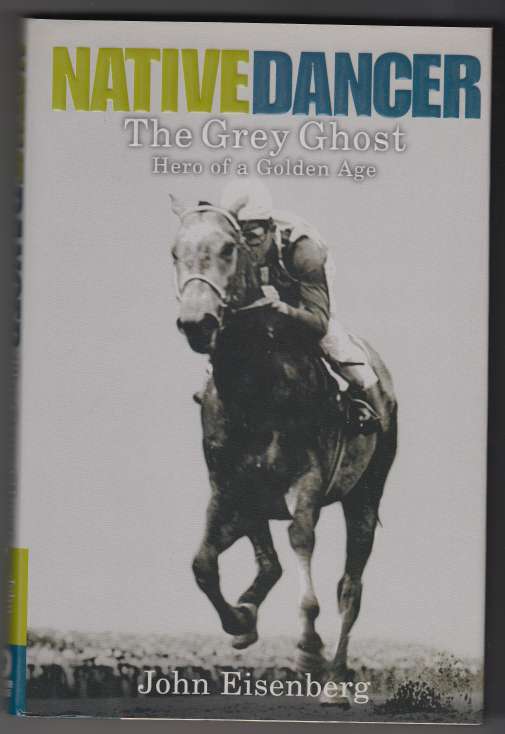 Native Dancer The Grey Ghost Hero of a Golden Age

Two first edition hardcover with former owner's ink-less embossed medallion imprint on blank end papers. 288 page text as new. Reproduction dj looks fab in new mylar. In the early 1950s, a rising star flickered across millions of black-and-white TV sets. Nick-named 'The Grey Ghost,' Native Dancer was a blue-blood thoroughbred with a taste for drama, courtesy of his come-from-behind running style, and impressive credits: He finished first in 21 of his 22 career starts, his only loss by a nose in the 1953 Kentucky Derby, was named Horse of the Year-twice, and was inducted into the National Museum of Racings Hall of Fame. His popularity was so great, Time magazine put him on its cover, and TV Guide named him one of America's top three TV stars, along with Ed Sullivan and Arthur Godfrey. Legend says his ghost haunts Churchill Downs. Set against the nostalgic events of an America long past, Native Dancer is the definitive account of one of the greatest champions of horse racings golden age.

Native Dancer The Grey Ghost Hero of a Golden Age