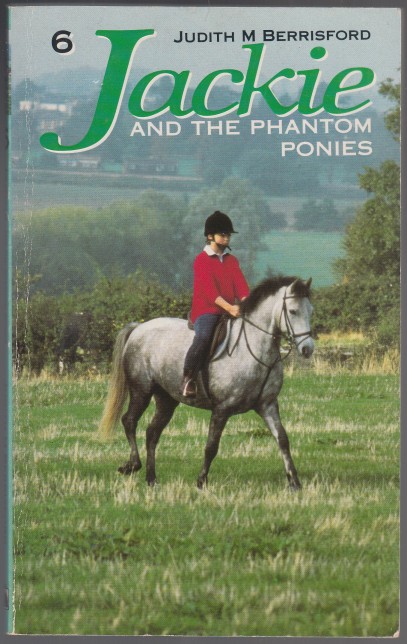 Jackie and the Phantom Ponies 6

Nice photo illustrated paperback in card covers showing light surface wear and a little sunning on glossy pictorial cover. 122 pp text slightly yellowed but not brittle, looks like new save for a hint of sunning on rear cover near backstrip. When Babs and Jackie arrive to spend their holidays on David Browning's stud farm in the Lake District, they already have a mystery on their hands: Three ponies and a man have vanished without trace on the mountainside. Is this incident connected with the disappearance of David's brood mare and valuable stallion? Babs and Jackie believe something sinister is afoot - and they are determined to prove it!

Title: Jackie and the Phantom Ponies 6

Jackie and the Phantom Ponies 6